The outdoor sand arena can be used all year and has a covered grand stand area for spectators. The facility is complete with all the modern trail obstacles & complete full show jumping course. Fantasy Farms has been offering horsemanship camps for 30 years. They have an annual horse show each year offering classes in English, Jumping, Western, Equitation Medal classes, Showmanship & Halter. Silver belt buckles & fabulous awards are also provided. 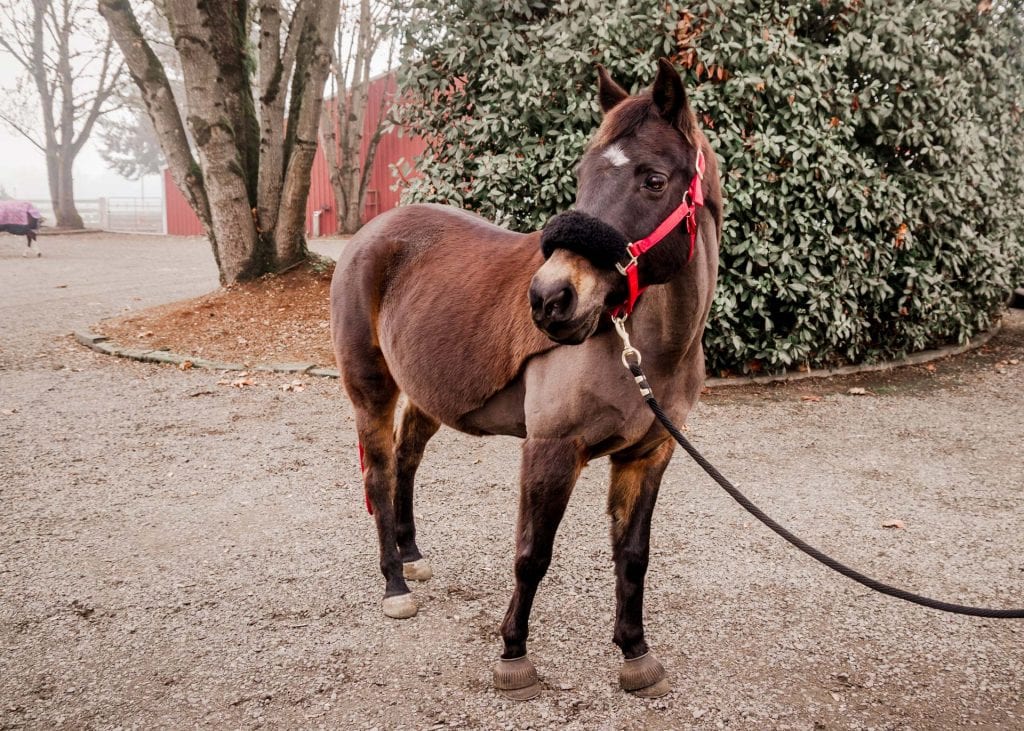 Anything But Ordinary
"Sage"

Sage is a 20 year old quarter horse mare. She is 14.1 hands, perfect for small riders and loves to do western, trail riding, english & jumping! 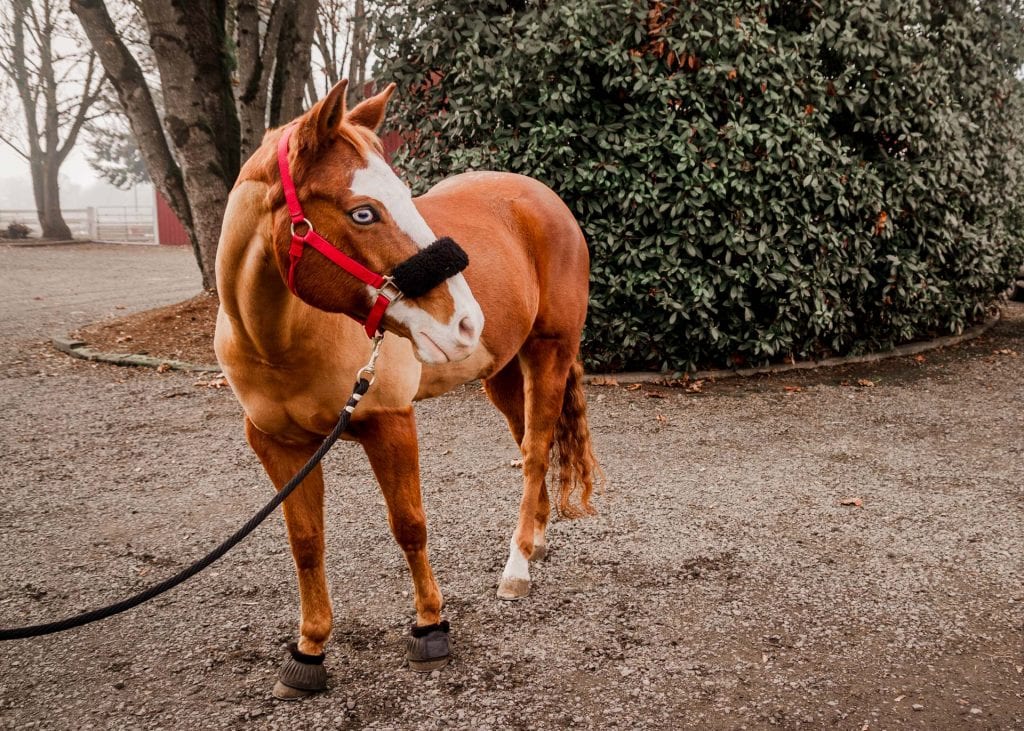 Rosie is a 15 year old 14.3 hand registered paint mare. She loves showing and is great for all levels of riders. She excels in western, Trail obstacles, English, jumping and showmanship! 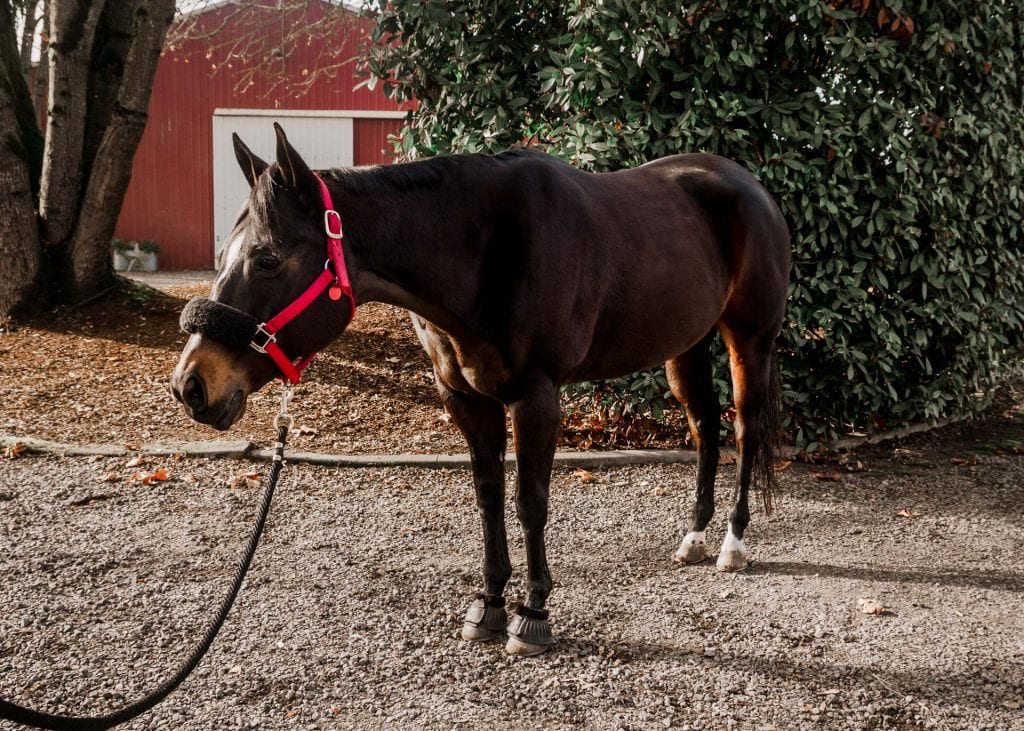 Diva is an 18 year old registered AQHA 15.1 hand mare. She has amazing horse show records and holds top honors in the 4-H world! She is wonderful for all levels of riders. Her favorite things to do are western, trail obstacles, english, pattern work & showmanship. 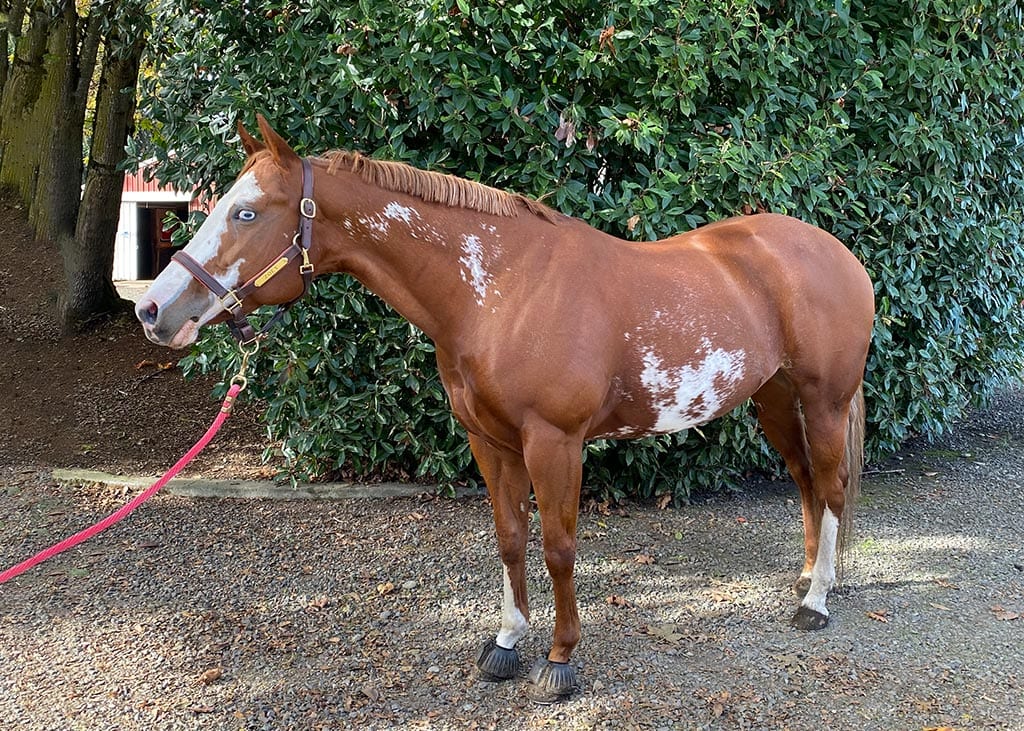 Zoey is a 15.2 hand registered paint mare and is 9 years old. Although Zoey is one of our youngest lesson horses, she is the sweetest. She loves to gives kisses and will reach out her stall door for a kiss when you walk by! All levels of riders can ride her. She does western, english, trail obstacles & showmanship and excels in the show arena. 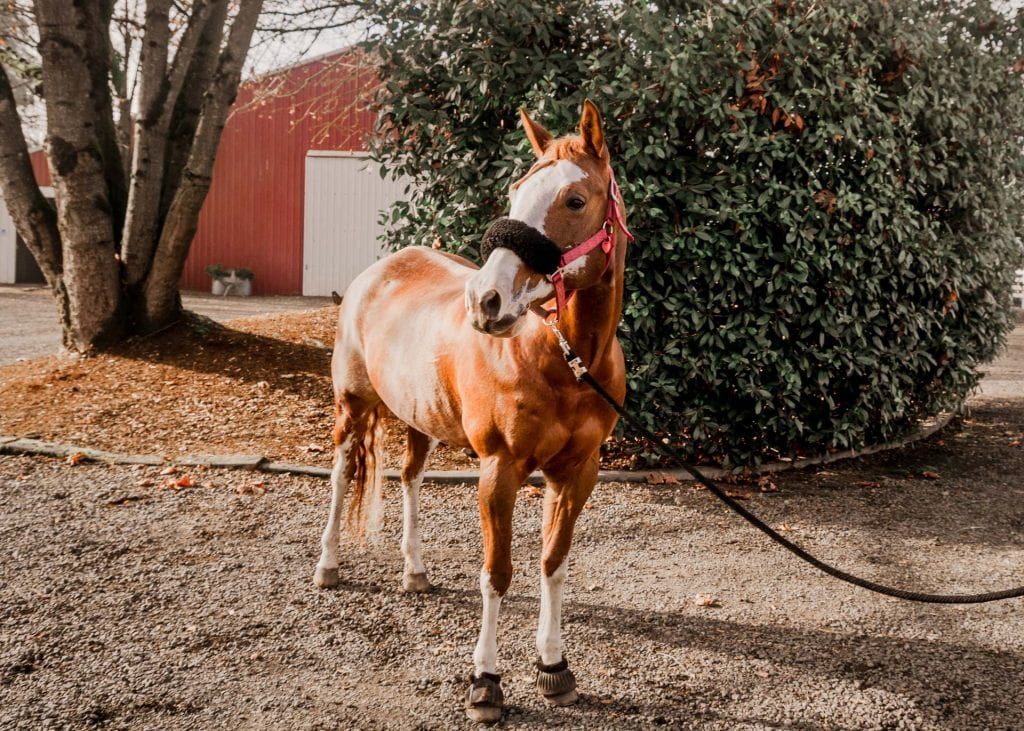 Cupid is a registered paint mare who is 14 yrs old and 15.2 hands. Cupid is great at teaching the younger children all the way up to the advanced riders. She loves showing and excels in western, English, trail obstacles and showmanship! 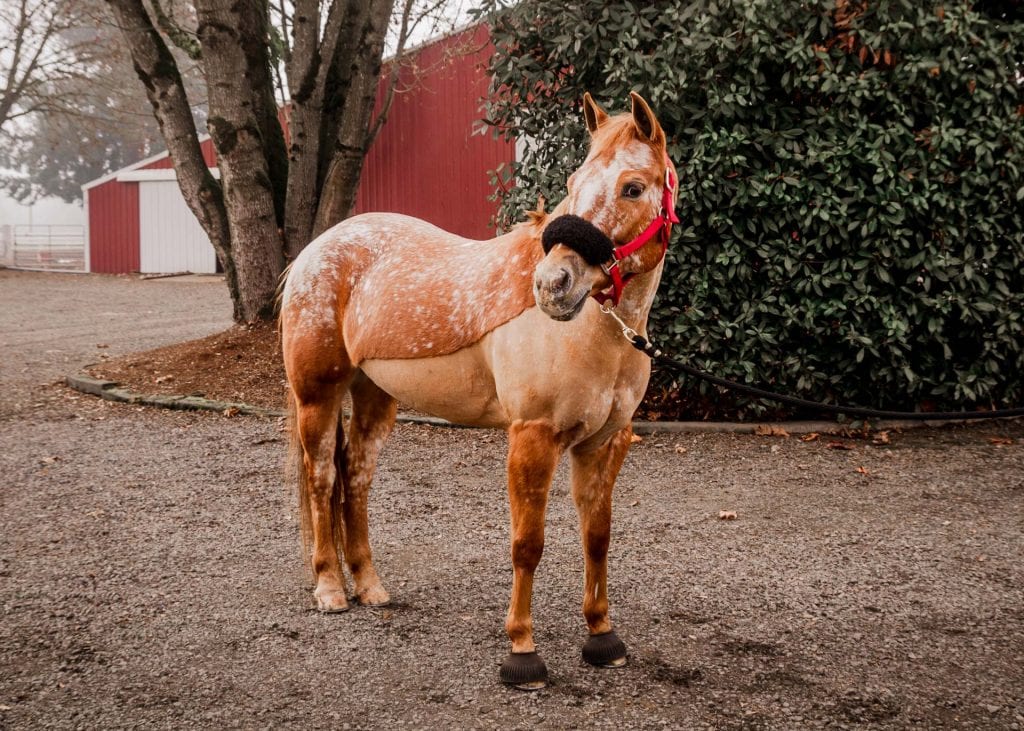 Foxy is a registered 14 hand, 12 year-old POA mare. She’s one of the prettiest little POA’s you’ll ever meet. She is perfect for our smaller riders. She loves showing and does it all: western, trail obstacles, english, jumping & showmanship! Foxy has been in our barn since she was a weanling. 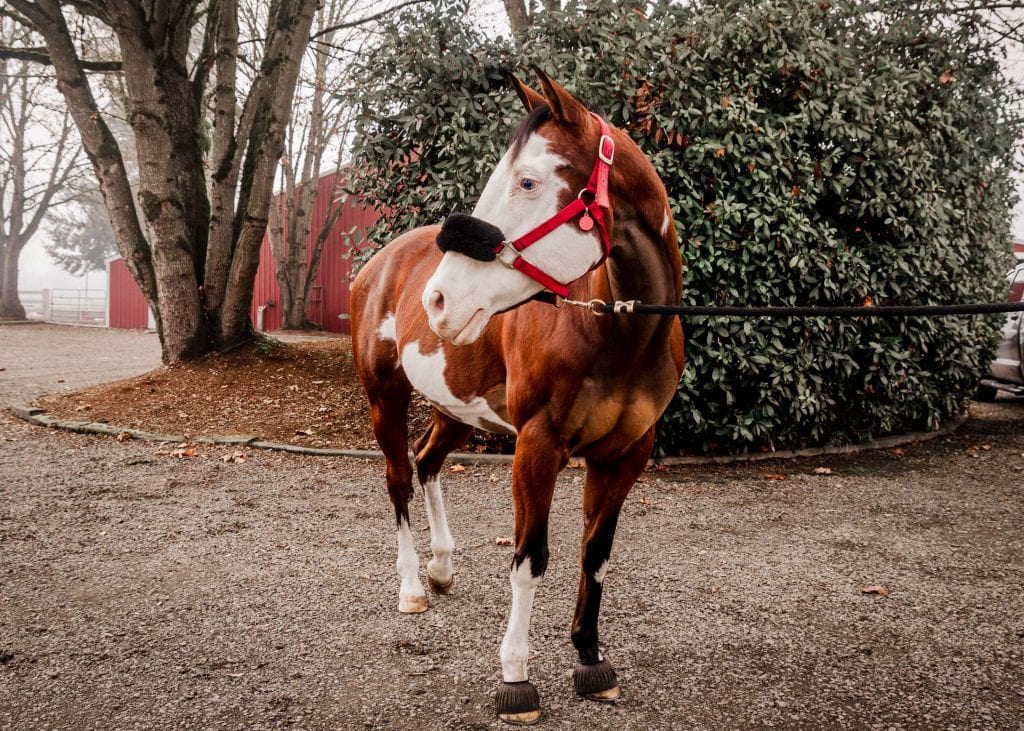 Sunny is an 18 year-old registered paint mare and is 15.2 hands. She has very smooth gaits and is easy for all levels of riders. She loves doing western, trail riding, english and jumping! 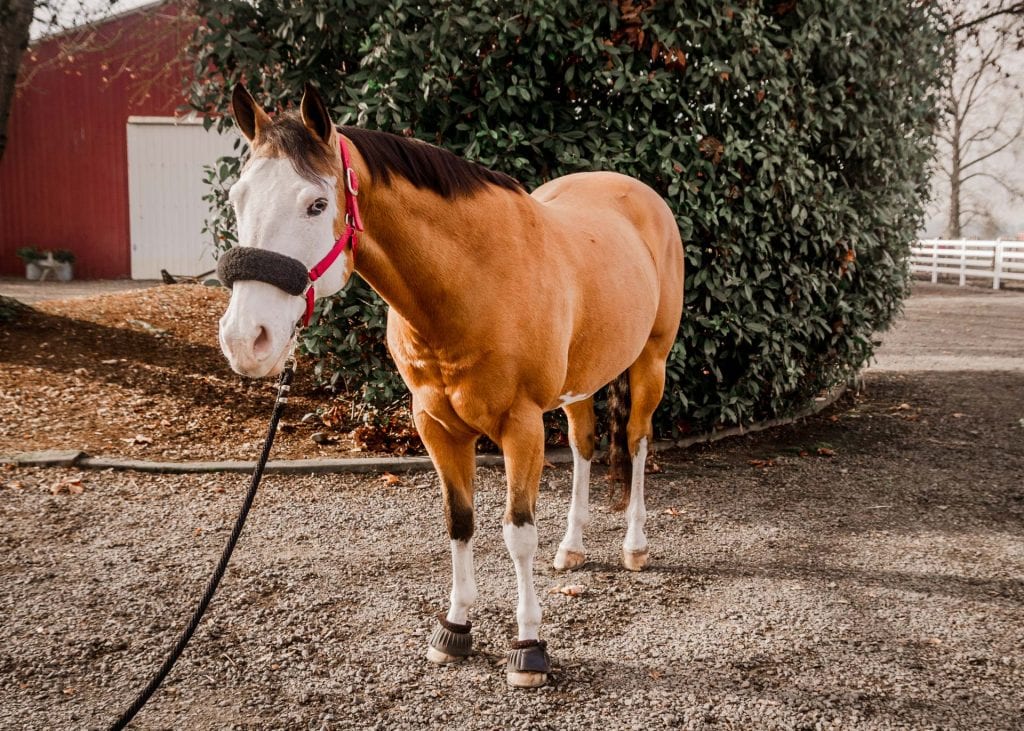 CoCo is a 15.3 hand registered paint mare and is 19 years old. She is very kind and is great for all levels of riders. She does it all: western, trail obstacles, English, jumping and showmanship. She has a very impressive horse show record and loves challenging the advanced rider, while caring for the beginner rider! 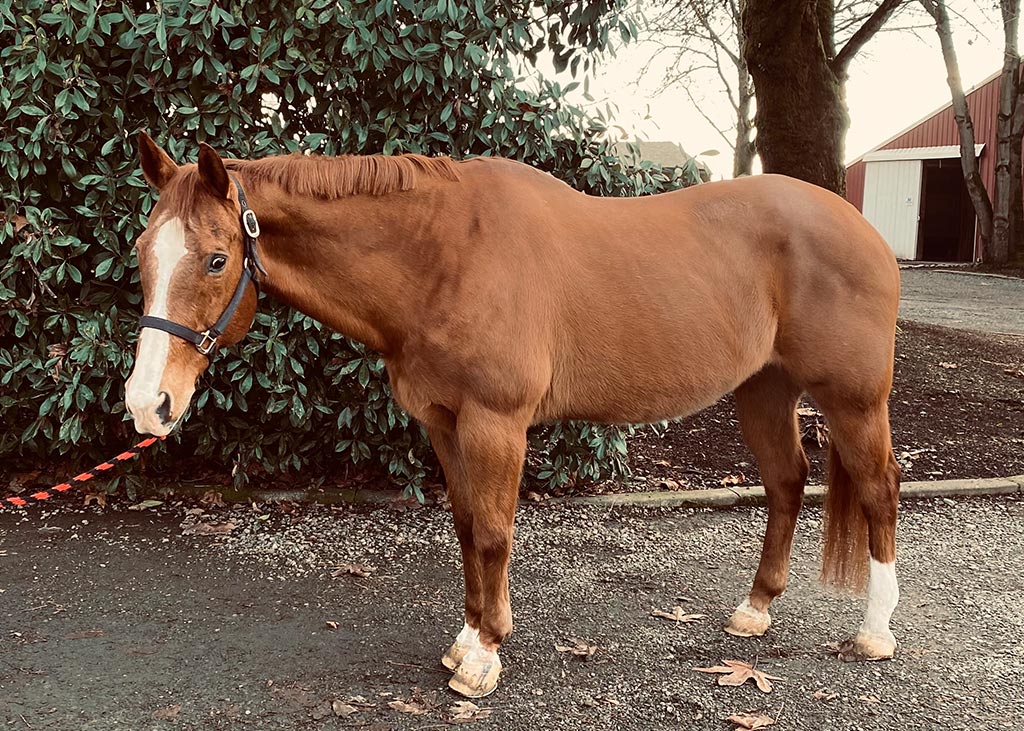 Simply Untouchable, known around the barn as Sampson, is one of the kindest horses you will ever meet! Sampson is a 22 year old quarter horse. He has a very impressive show record with multiple show-winning titles to his name. We love him most, though, for his gentle soul and sweet personality! All levels of riders will succeed with him. 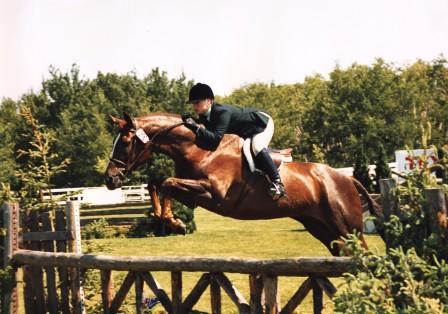 Ele Dewar started riding and showing at the age of seven in California. She was the CA State Champion for a period of five consecutive years. Medal classes won are Onadarka, Barbara Worth, CHSA, NWHC, Fox Field, Maclay, Canadian Island Medal, and Thunderbird. She was also the Oregon and Washington State Champion for three consecutive years. On the Canadian circuit she was Junior Hunter Champion at Spruce Meadows, Miller Downs and Thunderbird.

She currently has a winning show team participating in shows and has had numerous year end awards, including the OFEA rider of the year title for ten consecutive years & OHSET top performance riders for eleven consecutive years, along with the Overall Rookies of the Year for five years.

Her two daughters, Shelby and Madelen, are seasoned competitors on the OFEA, POA, Buckskin, Appaloosa, Pinto & Paint circuits and have many daily & yearly high points under their belts. On the POA circuit, they have won numerous NW regional, world & international titles. They have successfully won their youth ROMs and have received their Championship belt buckles for the Pinto breed. On the Paint circuit, they hold a Zone 1 championship for western riding & horsemanship. For 2012, 2013, 2014, 2015 both Shelby & Madelen put several State titles on their show records at the OHSET State Finals, including the Overall State Champion High Point for performance riders and were 5x Regional qualifiers. Shelby Dewar was undefeated as a 4x State Champion in Horsemanship & 3x Senior High Point for 4-H. She also received the 2013 State OHSET & Pinto Horse Memorial Scholarship. In 2015, Madelen was undefeated in all of her performance events at the OHSET State Finals, winning 5 out 5 State Champion titles. She also took home the OHSET State High Point & State College scholarship. In 4-H, she was the winner of five State Champion medallions her senior year at the Oregon State Fair & was the 4-H scholarship recipient.

Ele has been a Marion County 4-H leader for over 26 years and an Oregon High School Equestrian Coach. In 2012 - 2015, she helped coach the team at Cascade High School to become District and State Champions.

She shares her riding skills, confidence, and responsibility in horsemanship to both the show and the pleasure rider.

Madelen started riding horses as soon as she was able to sit in the saddle. She started her accomplished show career as a young rider on the POA circuit, winning local, regional and world titles. She later showed on both the pinto & quarter horse circuit, where she won many high point titles, year end awards and ROM championships. She has a countless number of wins, belt buckle & high points both in the open show world, Buckskin and Appaloosa clubs. In the 4-H program, she received all the top honors: triple crown, high scores, multiple high points, Sheik awards, 9 steps of Dad Potter and was the 4-H scholarship recipient.

Madelen has a patient, professional, and fun approach to teaching. Her connection with her students is strong. She loves teaching the young riders who are just starting and her seasoned winning 4-H and OHSET students. 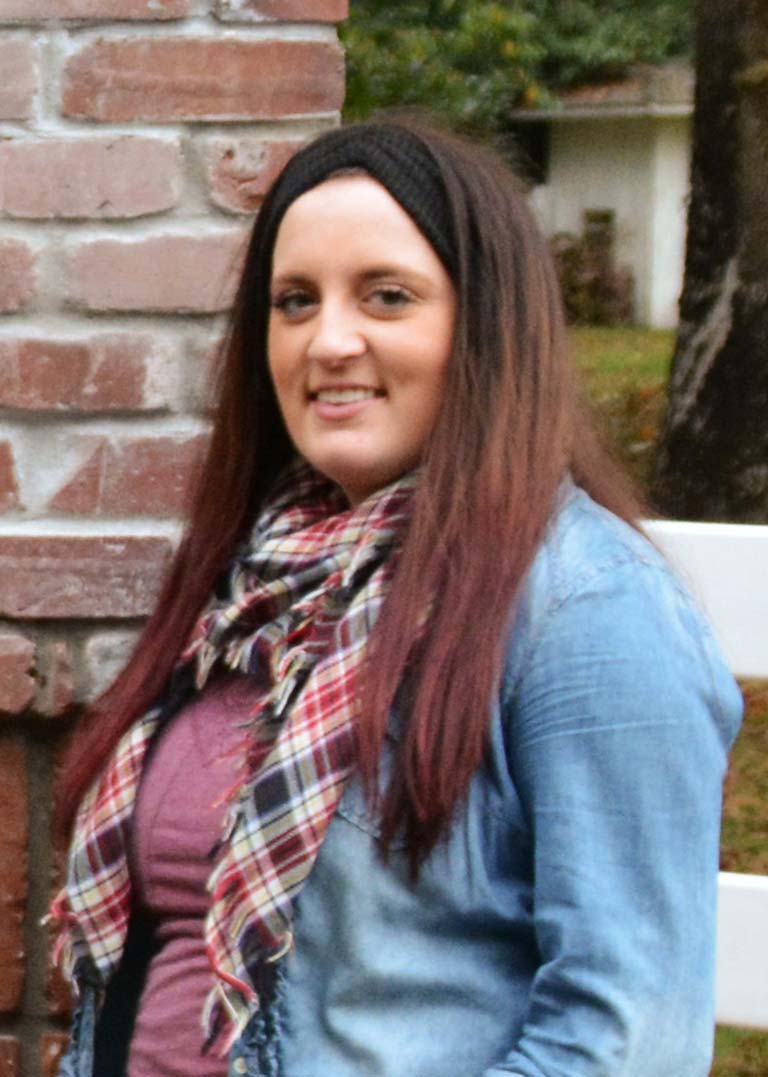 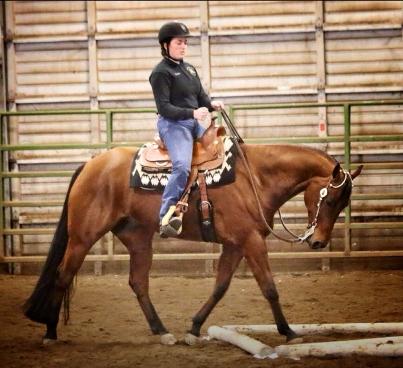 Please fill out this form with your information and we’ll contact you within 24 hours. Thank you for considering Fantasy Farms! 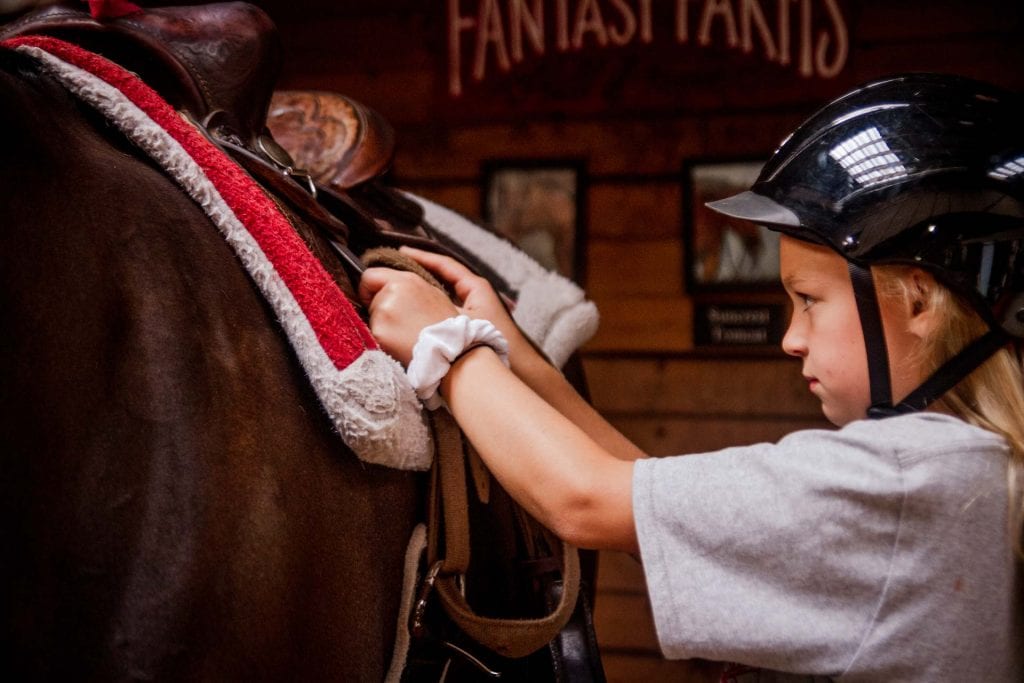